It was a record turnout at our drop-in centre today as over 60 people including 43 voting members, gathered for our Annual General Meeting to enjoy some kai and good company. We are delighted to announce that we have successfully and smoothly assembled our board for the 2013/2014 term. Duncan Matthews has been re-elected as Chairman of the Board, with Aych McArdle being voted as Vice Chair. Samantha Vickery will be serving her second term on the board as Treasurer,while Joe Gatland  takes on the roles of Secretary and Transgender Rep, and Jonathan Selu, fills the position of Takataapui rep. The rest of the places on the board have been filled with a mixture of new and old faces. Daniel Chorley, Taine Polkinghorne, Kira-Ann Smith, Ben Isderman and Frankie Low will bring a wealth of experience and fresh ideas to the table. 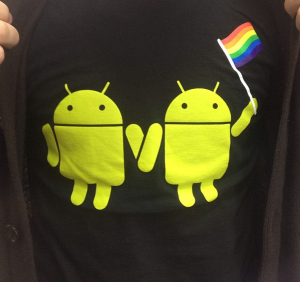 Duncan Matthews says he is thrilled to have been re-elected as chair. “I aim to increase the already fast momentum towards achieving our strategic vision for RY. We have four fresh new faces on board, all who bring a great skill set and enthusiasm for what we do. Add them to an already dedicated team of 6 incumbent board members and a crew of 5 motivated staff, and I look forward to 12 months of significantly expanding our services to young people and growing the sustainability of the organisation.”

We here at Rainbow Youth also want to say a massive thank you to those members of the board who served us for the 2012/2013 term. We are very grateful for all your hard work and wish you well for the future.

Also on the agenda were several changes to our constitution, all of which were voted in by our members. This means that we have opened up our membership criteria to include anyone aged twenty-seven and under who fully supports the purposes and aims of the organisation. We have also opened up the Takataapui and Transgender positions on the board to include anyone who is able to effectively advocate for the rights of those positions, regardless of if they identify as such. You’ll find the full details of the changes here.

Today was also a day to honour those who could no longer be with us. We paid tribute to the late Shaun McKinney who was a former board member and wonderful asset to our team. Executive Advisor, Anna Nelson presented his mother, sister and aunty with a pounamu, which we will keep framed at our centre as a tribute to his legacy at Rainbow Youth.

This years AGM also marked the official departure of our dear Tommy Hamilton. He has been with us as an Executive Director for four years. We will miss him immensely, and we are so grateful for all he has done for us. We are sad to say goodbye to him, but we made him a Life Member so he can’t get rid of us that easily!

Thank you to everyone who came along and made the afternoon the success that it was. We look forward to another productive and exciting term!