Amanda Aarons comes at you like a ball of bright energy. Her hugs remind me of my own mum – full of warmth and comfort – making you feel like you’re seven years old again. But when she listens to what you’re saying, she makes you feel like every word is valuable. She’s sharp, honest and full of laughter. She’s a lady that deserves to be talked about on Mother’s Day.

After her son came out to her, Amanda noticed that there was a gap in the support offered for parents. Using her skills as a trained social worker and a recent graduate in a Post Grad in counselling, Amanda runs Holding Our Own – a support group for parents of LGBTIQ kids. She admits to not having all the answers; her philosophy is parents, friends and whānau working together to find them. 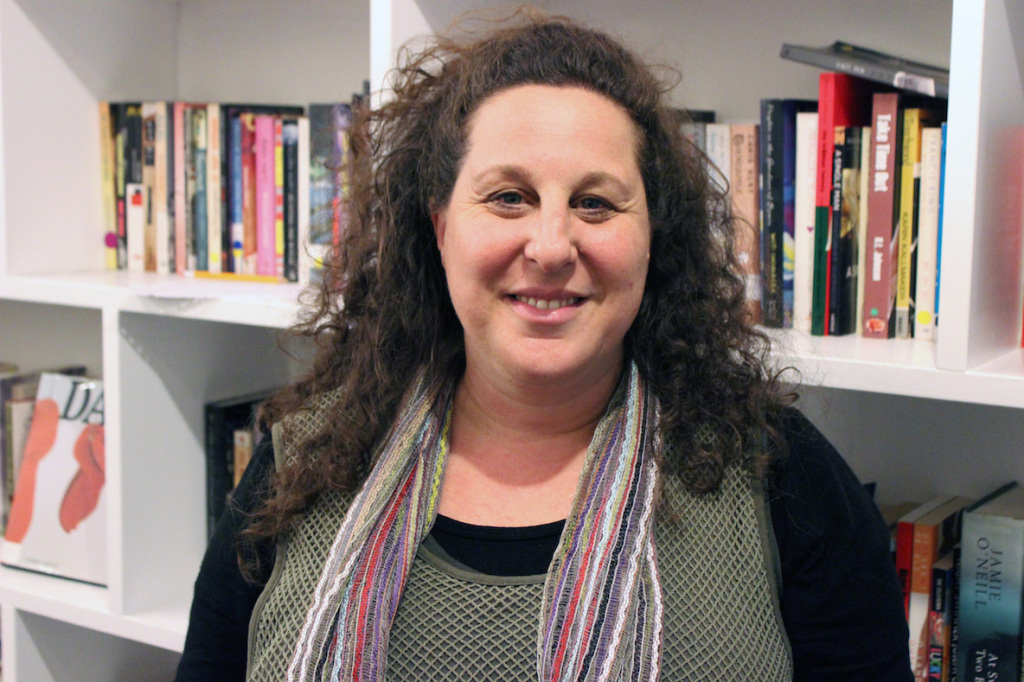 What does Holding Our Own do?

The idea of HOO is that it is a place for friends and family and allies to come together and support youth who are in transition of whatever type so that we can help them get over the shock and chaos and move back into love and caring.

What is your favourite part about what you do with this group?

Um, my favourite part is when people walk through the door and it’s not an empty night! (laughs). But beside that, I think that when you actually talk to people – even on a phone call – if they’re feeling weepy and hysterical and freaked out and upset and unsure and then by the end of the call or the conversation there is some idea that there is someone else out there who has come through a tough time and survived it. Also that there is someone who can listen, and other people out there who are going through the same stuff. That’s a good feeling.

What do you think are the main barriers that the parents you’ve encountered face in terms of dealing with their children’s gender or sexuality?

Our ‘straights’ are very problematic! (laughs). Really – they can be! When it comes down to the nuts and bolts of it. So actually, I think that my generation – those in their forties and fifties – this is all kind of out there and new to most people and it’s shocking and scary. I think that on the whole, parents love their children and they want to support them, but they’re scared of what society will do to that child. They’re terrified of what other people will think of them as parents and where they screwed up. They are very fearful of how they are going to navigate all of this and come out at the end. Will they have a relationship with their child? Will they be okay? And I also think they are very nervous because they don’t have an understanding.

I’m in that boat as well, because there are certain things that I don’t get. It’s very difficult to ask very down the line and very straight up questions to their children and to other people so that they get the facts without offending anyone.

One of the things I get often is “I don’t know anything about this pronoun stuff!” And so I think somewhere, the conversation has to change a little bit and say “okay where are we going to meet in the middle?” and “how are we going to a point where we’re being supportive without offending anyone?” Parents sometimes struggle to say: “I’m sorry if I offend you, but understand that I’m trying to figure this out too” and “lets work to get there together”.

Religion can also come into it. Religion can often be the basis of a lot of the prejudice. It can create a lot of fear around these issues. So parents who are coming from these backgrounds are on the back foot before they even start. So are their children. These parents often try to keep their children so busy – at school, at church, at school functions, at church functions – that these kids will never have time to think these things through enough.

What do you do if a religious parent reaches out to you? It’s a great first step, right?

I think that when people reach out, they have acknowledged that something is happening and that something needs to change in their life – which is huge! And, I think that everyone is entitled to their religion – that’s fine – but if that religion is changing who their child is then that is an abuse. You must try to negotiate your religion with who your child needs to be. People find their way there – if they are willing.

Do you find it’s mostly mothers coming to you? Or fathers as well?

Mostly mothers, definitely. I’ve had a few fathers who participated in the group so far (not including my husband). I think there’s a prevalence of terror with fathers of gay sons. A lot of them are terrified. They think it speaks about them.

There are some amazing, enlightened Dads though. Um, one father I’ve encountered who is a Minister and has a gay child and he accepts it and supports his son. Of course, it’s interesting as well though because there’s secrecy involved with that. He doesn’t feel that he can tell his congregation about his son. That for me is extremely sad.

What about the older generations – grandparents. How do the parents and the grandparents you’ve encountered differ in their opinions?

Well, my generation is f***ked up because the older generation was f***ed up – to put it simply.

For example, my parents have no idea of anything outside of themselves. My mother will often say (about my gay son): “Well, as long as he’s happy!” As though straight people are constantly happy and smiling and that’s the dream. In a strange, bonkers way, she’s trying to be supportive. But with no understanding. And because she has no understanding, some of the stuff she says can work to separate and isolate gay people – as though they must create their own world in order to be happy. She has no idea of the damage that that can do to her relationship with her gay grandson.

A lot of my generation was born in the sixties so it purported to be much more free and open to things. But there’s still, I would say, in my generation a lot of stand-off, stuck-upness. There’s elitism and classism and sexism and racism and all the ‘isms’ have been inherited by my generation.

You know, I grew up in apartheid South Africa. Myself and those around me grew up with a very narrow view of the world given to us. It was against black people, gay people – anything that could be considered ‘other’. And so families grew up in a racist society – very heavily. My parents and certainly my grandparents would be considered racist. Definitely. But my generation grew up differently and it was my generation who said: “that stuff’s not okay”. One of the things I had to consciously decide was that I would not abide by any discrimination. I think, on the whole, my generation has raised their children to know right off the bat that discrimination is not okay. My generation had to come to see that themselves.

How important is it for intergenerational dialogue. Between young people and older people?

I love young people. I think you’re interesting and colourful and full of personality and bright and stunning. There’s something to be learnt from you all. It’s very important to not be stagnant – no matter how old you get – to keep learning. How will that work? I’m not quite sure yet!